JGiven is a developer-friendly and pragmatic BDD tool for Java. Developers write scenarios in plain Java using a fluent, domain-specific API, JGiven generates reports that are readable by domain experts.

The above test can be executed like any JUnit test. During the execution, JSON files are generated that can then be used afterwards to generate test reports. By default, a plain text report is shown in the console, which would look as follows:

Further examples can be found in the jgiven-examples module of JGiven.

Besides the plain text report, an HTML report can be generated. An example of such a report is JGiven’s own report: 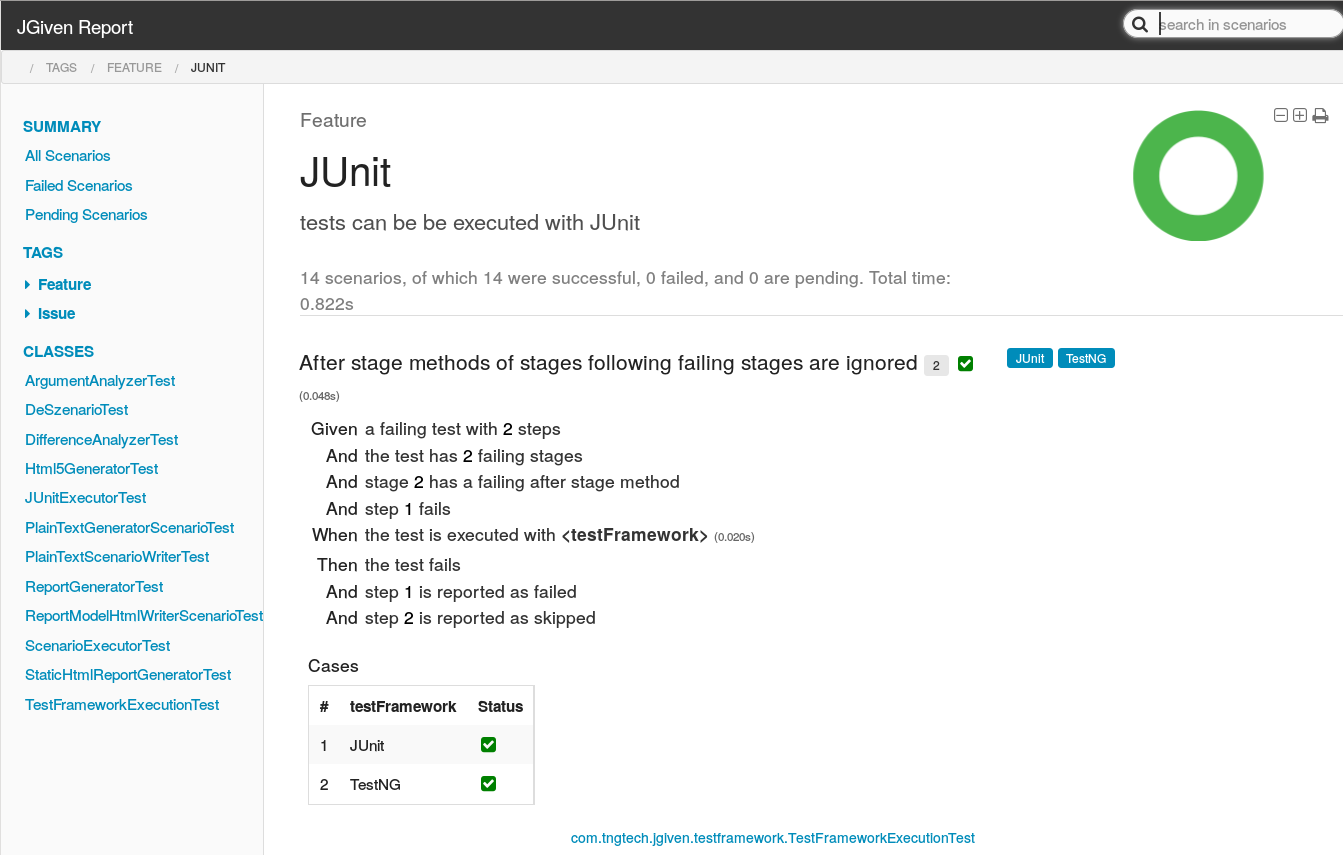 The source code of the corresponding JGiven tests are in the jgiven-tests module of the JGiven project.

Tools in Action Session on JGiven at Devoxx Belgium 2016

Jan Schäfer gave a Tools in Action session at Devoxx Belgium 2016. It mainly consists of a live demo showing how to refactor an existing JUnit test to use JGiven.

Talk on JGiven at Devoxx France 2016 (in French)

Jan Schäfer gave a talk on JGiven at the BigTechday 8. It explains the rationale behind JGiven and gives an introduction into the main features of JGiven.